For the vast majority of voters, politics takes place exclusively in the media. What effect the representation of politics and parties has in concrete terms is the subject of heated debate in opinion and media research. One thing is clear: the mass media determine what is discussed. You can download youtube videos online on the connection of media and politics.

Functions of an election campaign 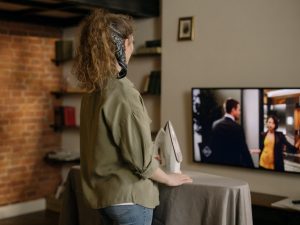 Both can be achieved with the help of the mass media. The flood of information from the parties about their performance record, their candidates and their agenda seems to be endless.

In addition, voters should be mobilized, preferably in their own strongholds. The parties ‘members and their sympathizers are to be given further opportunities to identify themselves through the parties’ increased public image. The medium of television can also play a leading role here. Mass media, therefore, occupy a central place in modern election campaign planning.

The vast majority of the population watches television, reads the newspaper and listens to the radio every day. Political messages, therefore, reach people primarily through these. It is undisputed that media coverage as a result also has an impact on voting decisions.

However, the most important aids for voting decisions are not primarily the special information contributions on the election or on the election campaign. The long-term effects of the mass media on the political attitudes of voters are more important. However, they do not say anything about the direction of decision-making. In the long term, television has an indirect effect on election campaigns. In view of the selective perception of viewers, it can, as communication research has found, reinforce existing opinions, but only rarely change political attitudes.

What effect do the media have on the political behavior of voters and elites?

The answer is hotly debated in election and media impact research. It is also surprising that the factor “communication behavior” does not play a role in the individual psychological approach to explaining voting behavior. Because party, candidate and topic preferences are perceived through media coverage. Voters use the media to find out about the topics and the people who are standing for election. Today, this also includes reports on the popularity of top political figures and the satisfaction with the work of the government and the opposition as a matter of course.