The industry of journalism in Canada is struggling with lots of challenges nowadays. From reduction of revenues, losing jobs, up to insufficiency of diversity in newsrooms, these are all problems of Canadian journalists. However, for Peter Manbridge, the former chief correspondent of CBC, the biggest threat revolves around the lack of trust by the public.

The trust ratings over the few months are totally different from the past. It is actually low but not as low like that of the politicians.

Trust Issue Based on the Most Current Ipsos Survey

There is actually a decline of public trust in Canadians’ news media. From 72% in 2019, it went down to 66% this year, 2021. This mostly applies on the categories of televisions and newspapers which tend to be conventional news sources.

Edelman is a communication firm that showed the purpose of most journalists and reporters. According to this firm, 49% Canadian respondents revealed that these news and media people are misleading the public. They usually convene false information. 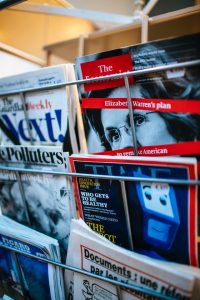 The CBC News in the lead of Manbridge worked continuously. They guest host special events under the CBC news and cover national elections. Manbridge also hosts his own podcast, The Bridge, under the current affairs category.